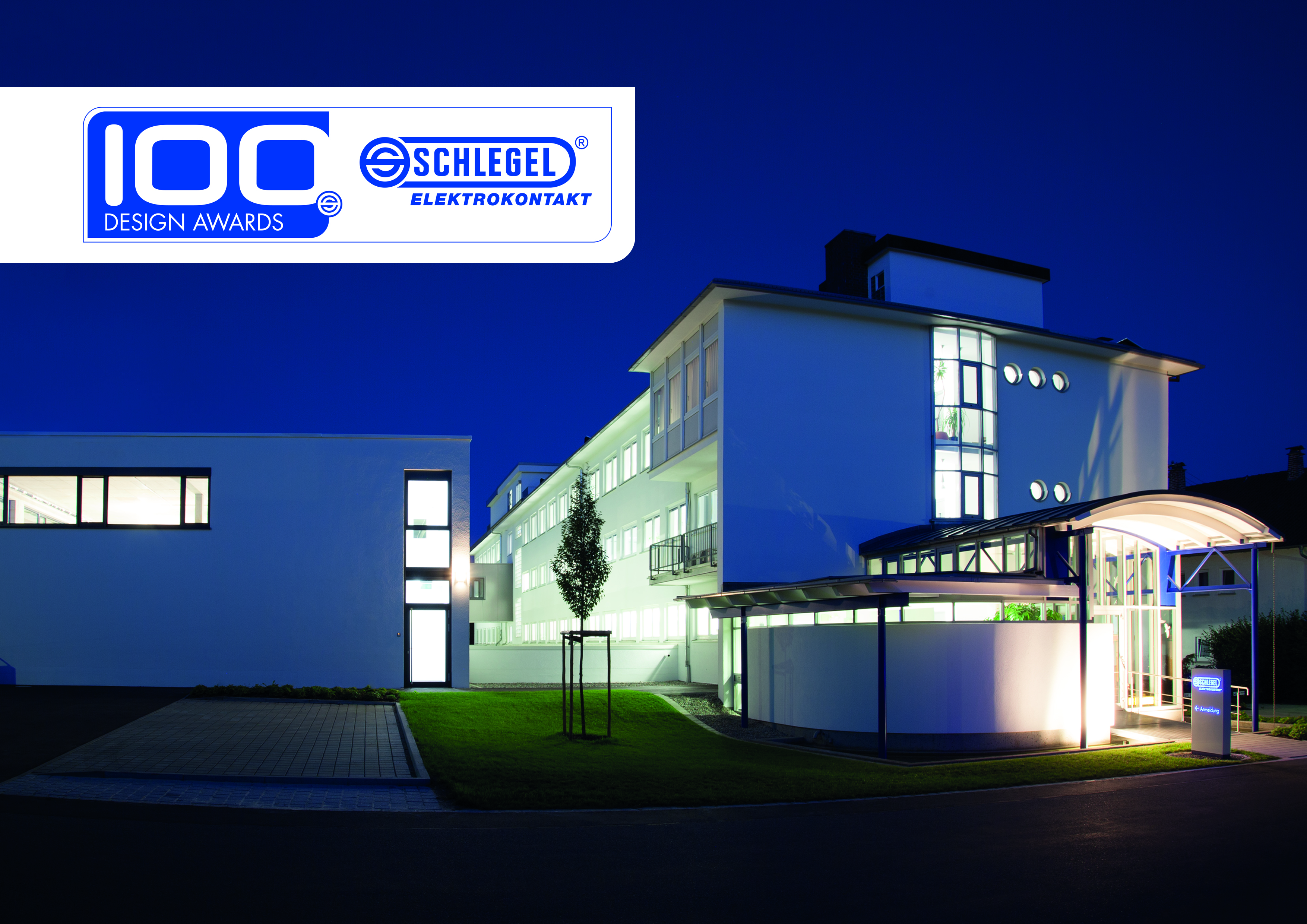 Even early on, the meaning of product design has been recognised at GEORG SCHLEGEL and had been been taken into account during the product development process. The company has been honoured for its innovative design concept with national and international awards. Now a milestone has been reached: The company from Duermentingen has received its 100th design award. The joy is great.

"We are very happy that we have reached100 awards", says Christoph Schlegel. "The topic of design is part of SCHLEGEL´s DNA", the managing director emphasises. For him, this great amount of awards is also a sign that "beautiful & good" fit well together at SCHLEGEL.
Even as early as 1985 the company conducted a strategical reorientation: Prof. Horst Diener, graduate of the renowned College of Design (CoD) in Ulm, has been consulted as an external product designer to assist the development of a new pushbutton series for the first time. This successful cooperation was an initial impulse that had impact on the company´s philosophy. Since then, all series of SCHLEGEL pushbuttons and switches are characterised by their high functionality, operator friendliness and quality, but also by their stand-alone design with high recognition value.

Prestigious awards
The company has convinced national and international juries with its design competence over the years. The collection of awards include design awards like IF, Red Dot, the German Design Award, Focus Open, or the Good Design Award of the Chicago Athenaeum: Museum of Architecture and Design which is considered to be one of the oldest and most prestigious design awards of the world.
This year alone SCHLEGEL has been able to receive four design awards so far. The pioneering emergency-stop with spherical mushroom head has been awarded with the Red Dot award. The company has also received three awards for its new enclosure series proboxx: The Red Dot award, the Focus Open award and the Good Design award.

Intuitive handling
The importance of design is being noticed increasingly strong in the fields of machine building and B2B. "Design has become a factor with strategical added value. The colour, haptics or the attention to detail can be crucial during purchase decisions", explains the designer Prof. Horst Diener. But the added value is more than just the design of the product because "good design" is inseparable from terms like innovation and user orientation. "Good design imparts quality through reduction to the essential. Good design helps products to be understandable and intuitive to use for all user and age group", says Prof. Diener.

Unique selling point
Max Ottenwälder, part of the Red Dot award jury, too sees an increase in importance in the B2B field of this topic as the design has impact on business success. If a product is "well designed, the company owns a unique selling point as a customer will always choose the more appealing design in case two products are technically comparable and of the same price. This is because it has the higher practical value assurance", emphasises Max Ottenwälder. Design creates unique selling points.

SCHLEGEL has been successful throughout the years to build up its reputation as a design expert of the field. "The great number of design awards is a witness for the high design quality of the products and this was also confirmed for our joint projects", says Max Ottenwälder. Prof. Diener adds: "SCHLEGEL is the market leader regarding design. This is being recognised and utilised by customers from many branches."