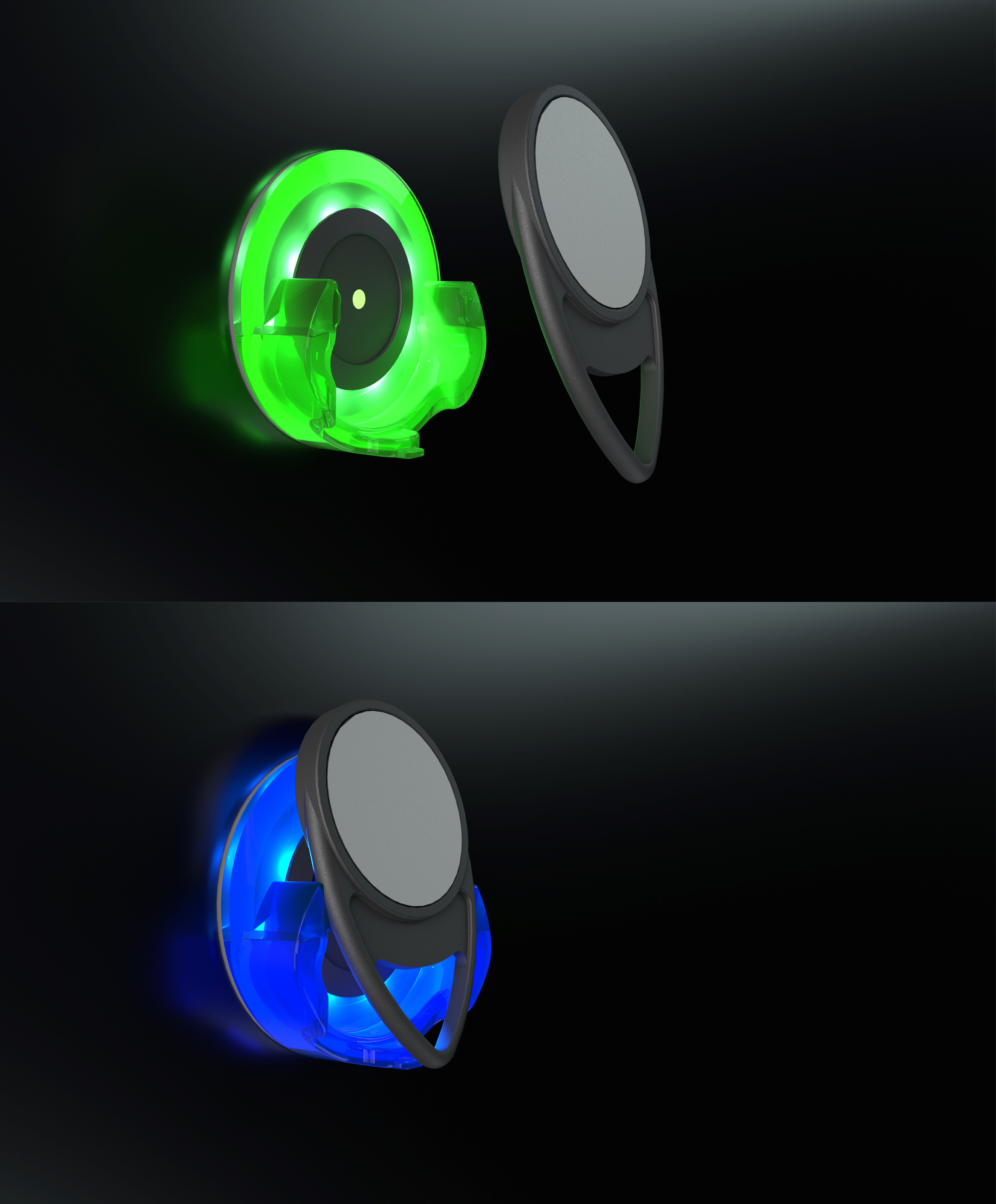 SCHLEGEL offers illuminated transponder and card holders for its RFID systems. Transponders and chip cards are fixed in front of the RFID reader by the holder and the data on the memory storage media is being gathered and evaluated. This ensures a fast and safe activation of the corresponding functions.

The holder is illuminated by multicoloured LEDs. The interplay of colours gives the system an exceptional look, but at the same time also indicates the current status easily and fast: A green lighting indicates in the basic configuration that the machine is ready for operation, but without a function currently being active. The colour changes to blue if the machine is currently being operated.

During the development SCHLEGEL also considered the holder not only to be functional, but also have an optical appeal. The round, harmonic shapes and the homogenous illumination ensure an appealing and modern look.
The illuminated transponder and card holders are compatible with all readers of SCHLEGEL´s RFID systems: Standard, SKS and TMS.

Background
RFID technology offers a contactless, safe and simple solution to control machines and manage access authorisations. The fields of application are versatile. For example, a machine operator can log into a machine with the transponder, which leads to the relevant functions for his work to be authorised. As soon as he finished his work, he removes the transponder from the holder and resets the machine.

Furthermore, the RFID technology can be used to manage access authorisations to various company areas easily without the need for a complex key system. In addition to the easy management of individual authorisations a RFID system also minimises the risks for misuse. A lost key (transponder) can be easily and quickly removed from the RFID system and can be replaced by a new one. This ensures that the lost tag can be no longer used.

Conventional key switches for machine controls can be replaced or complemented as well. For SCHLEGEL´s RFID solutions, any number of switching positions are possible in theory, whereas a key switch will reach a certain limit due to its mechanical nature.