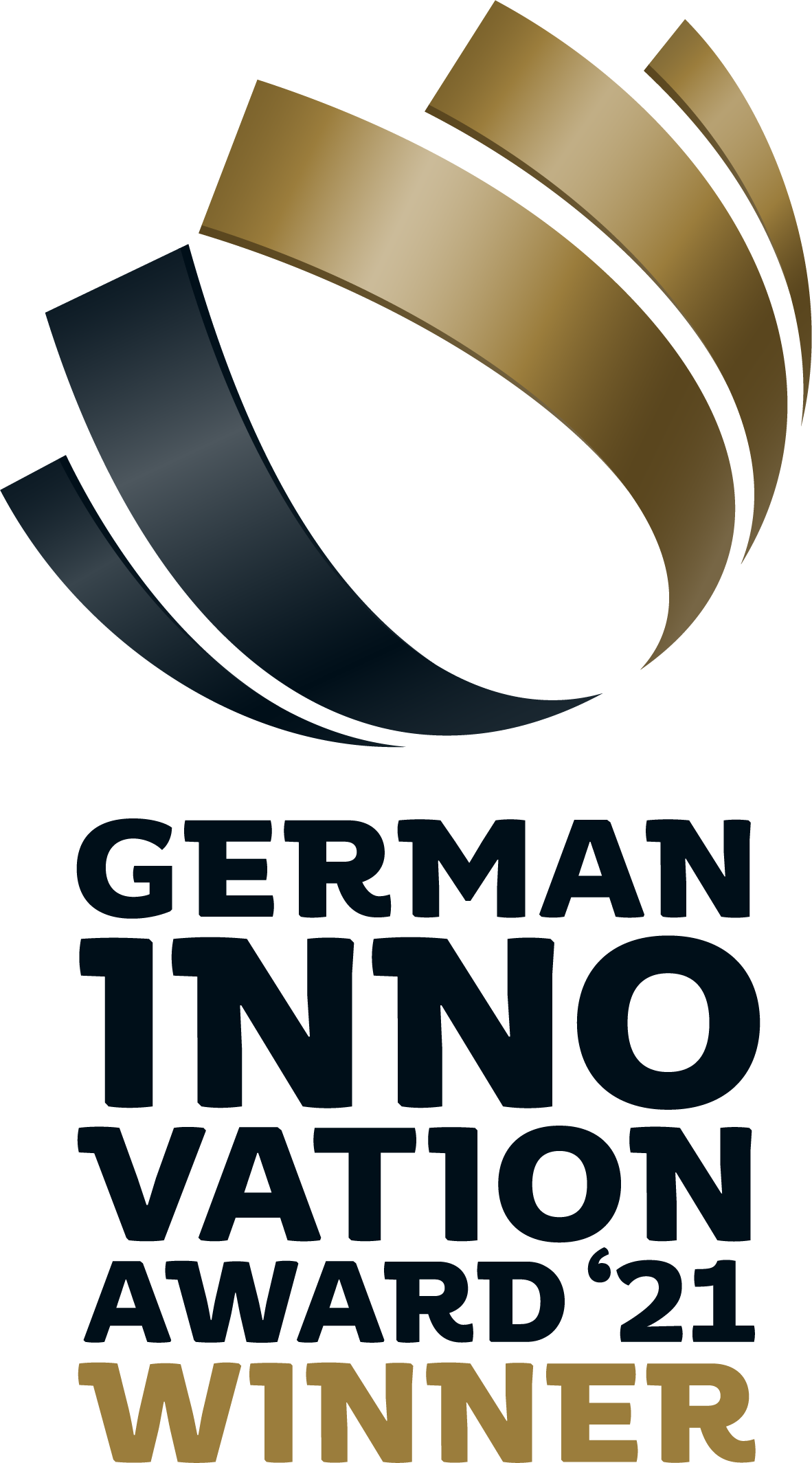 For the second time in a row, Georg Schlegel GmbH & Co. KG was awarded with the German Innovation Award. We got the award for developing a grease lube machine for emergency-stops. It is being granted by an independent jury of the German Design Council.

There was great joy when the news of winning the award again came in. "You did an incredible job!" our Managing Director Christoph Schlegel proudly said to Moritz Augustin, Jonas Dierkes and Nicholas Engenhart from the Automation Department during an internal small ceremony. The grease lube machine is the second big in-house development, which also brought us the second innovation award. Moritz, Jonas and Nicholas were very pleased about the validation of their work by the external jury. "It wouldn't work, if we were not granted this kind of freedom to work on projects. We feel trusted," says Moritz Augustin. The award is also seen as a validation for the chosen path: To count on our employees, to pool knowledge within the company, and that way set an example for innovative developments on the market.

The development of the grease lube machine for emergency-stops helped to make the process consistent, safer and more efficient. The placement of grease points is bound to very strict tolerances. Therefore, it is not possible to prevent signs of fatigue during the manual grease lubrication. Whereas, in the fully automated process, the robot recognises the housing of over 20 emergency-stop variants and applies each variant´s unique grease points accurately. The challenge of this project was to programme the machine in a way that it could distinguish the huge variety of emergency-stops, and the perfect distance between needle and grease point depending on the e-stop.

Thanks to the flexible feed system up to 8,000 sleeves can be inserted into a bunker as bulk material. The parts are output in bulk or on work piece carriers. Using the robot technology, failures are minimised while the economic efficiency is increased at the same time.

Level of innovation and user benefit
We were awarded the title "winner" in the category "Excellence in Business to Business – Machines & Engineering". The title is given to those who "advance the sector by their originality, implementation and effectiveness," as the "Design Council" confirms. Last year, we were awarded with this prestigious award for engineering and designing the serial testing device for emergency-stops. "Title defense done right" - as our Managing Director Wolfgang Weber called it.

The "German Innovation Award", assigned by the design council, rewards cross-industry products and solutions which stand out with their user-centered design and added value compared to the already existing solutions. This year, the independent jury rated 680 innovations in 40 categories. This jury consists of experts from the industrial and financial sectors, science, and organisations. The innovations are evaluated by the following criteria: level of innovation, user benefit and economic efficiency.

Background information about the design council
Initiated by the German Bundestag and sponsored by the German industry, the Design Council is an independent and internationally acting institution that promotes competitiveness of companies. Since 1953, the Design Council awards accomplishments of international importance in design, brand and innovation. Currently, more than 340 companies are members of the circle.